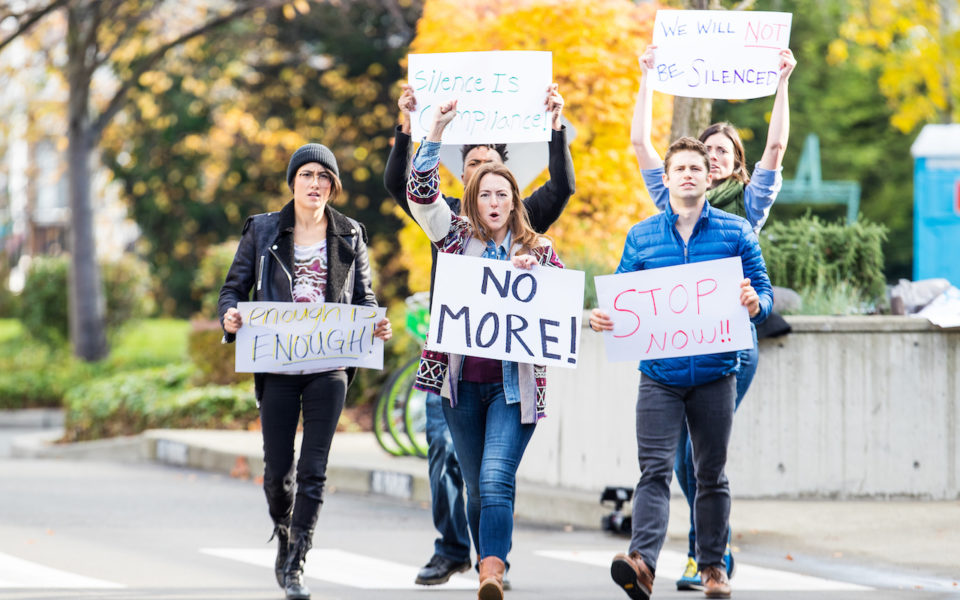 Are You a Dissident?

Average citizens don’t think of themselves as dissidents. They’re too busy for that. Most of the time they’re hard at work raising families, making ends meet and serving others. This is probably most true of conservatives and social conservatives. Why? Because they are usually the ones who join service organizations, attend church, help with community projects and back humanitarian causes. They are family oriented and hardworking, and it is no exaggeration to say that they are the bedrock of Western society. That’s the way we’ve always thought of them.

But that might be changing. Social conservatives are no longer looked upon as pillars of our society. The radical change in social mores of the last two decades, and the shift towards extremist liberal values in entertainment, journalism and advertising has made social conservatives outsiders. As our current cultural civil war rages on, social conservatives are now thought of by many as close minded bigots who won’t go along with the Liberal Progressive agenda most leftists feel is humanity’s inevitable future.

The Price of Disobedience

Where does this leave us? As conservatives it’s important to acknowledge that when we are right we are right. It doesn’t matter what the culture’s values are. Worshipping evil, (Satanism) borderline or full acceptance of pedophilia, incest, or a host of other degrading or evil practices currently gaining ground aren’t acceptable and never will be. However, one glance at the direction our society is going confirms the fact that the current culture doesn’t agree with us. This is the root of our struggle: Whether they agree with us or not, it is our duty to resist what is morally wrong and defend what is right.

Are We the New Dissidents?

I recently read a book entitled “The Tyranny of Silence” by Dutch author Flemming Rose. In one chapter he described the brave group of dissident Russians who resisted Soviet oppression. Their lives were tremendously difficult. At great risk they took up the fight against Soviet tyranny. They were persecuted and hunted for defending human rights, and every day they faced the reality of being imprisoned or executed. Many of them moved to countries like France where they could carry on the fight. After the fall of the U.S.S.R. dissidents like Aleksandr Solzenitsyn and Kronid Luybarsk, became world famous. They had risked everything not knowing what the future might bring, but understanding that they had to fight for what was right. What were they fighting for?

They were fighting for civilization. Citizens of modern democracies have the right to express themselves even if their opinions don’t agree with the government or the current social norm. That’s what democracy is all about. The Soviet dissidents understood this. In the West we spent centuries establishing the democratic rights now acknowledged as the cornerstone of our civilization. Ironically, we are now losing them at an alarming rate, and that brings up a difficult question. Do fewer people now believe in human rights ?

Sadly, this may be true. If so, it represents a complete inversion of our society. Our rights are being taken from us and our traditional cultural values are being supressed. Worst of all it’s being done by our governments and institutions. Am I exaggerating? I don’t think so. Look around. Universities de platform or intimidate legitimate speakers, Tech giants censor remove conservative websites and eliminate their facebook pages. Algorithms are manipulated and people’s comments and posts disappear or are banned. The mainstream media distorts some stories and suppresses others. Our own government passes laws like Bill C-16, or Ontario’s Bill 85, designed to inhibit or eliminate free speech. Motion M-103, initially designed to make criticism of Islam illegal, came dangerously close to doing just that. We could give many more examples, but the ones above are frightening enough

You May Be a Dissident After All

So what does all this mean? It may mean that you are a dissident by default. If you don’t agree with the things described above you may have inadvertently taken up the role of dissident. What you do with that is up to you. Only you can decide how active you want to be in resisting the crushing of your civil rights. But regardless, you may inevitably have to ask yourself a few questions. If you never believed in extremist Liberal Progressive values, never accepted the tyranny of LGBTQ culture, and miss a society that makes sense, are you now wrong or evil ? The answer is “You can’t be.” The things you believe in are real. What you say and believe is true. Your beliefs are validated by history, and most importantly, you are a good person and a good citizen, the kind Canada needs. In today’s society this may make you a dissident. But don’t worry. It’s an honour to be one. The life of a dissident isn’t easy, but if you are fighting for the truth, it will always be worthwhile.