Previous postWhat 1940 Can Teach Us
Shifting the GoalpostsNext post 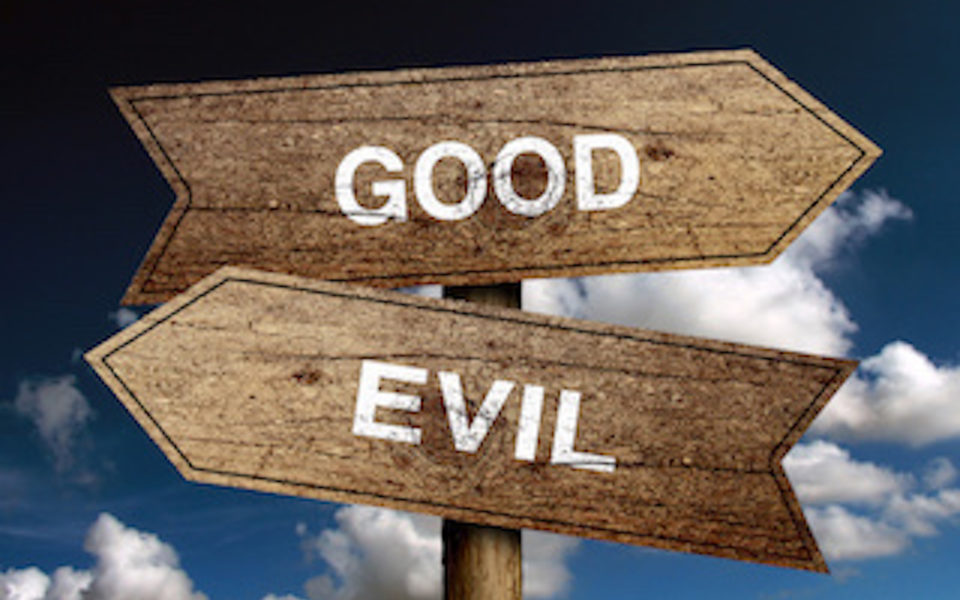 Can You Recognize the Good?

Western Civilization is at a critical point. Why do I say that? It’s not because we are going through unprecedented political turmoil, although we are. And it’s not because we are experiencing a massive struggle between globalists and nationalists although, again, we are. It’s not even because of the cultural civil war between conservatives and liberals. It’s more because we now show signs of being unable to distinguish good from evil.

What do I mean by that? I mean that our era is exhibiting a truly disturbing and terrifying quality. We are mainlining evil. That may sound trite to some, but it is now so obvious that it can no longer be denied. The practices that are regularly being exhibited, protected and supported by pop culture and our mainstream institutions are harmful and… just plain evil.

The Price of Cultural Relativism

Our current cultural relativism demands that we accept almost everything, but there is a price for that. The beginning of all of this, the moral and cultural collapse of the West, has many starting points, but one of the most important goes back to the end of World War Two. Many of our current problems came out of the rejection of authority and hierarchy that came about at the end of the war.

One Place it Began

We had just defeated the authoritarian regimes of Nazi Germany and Imperial Japan. It seemed natural to emphasize more free wheeling social systems and open morality in opposition to the strict authoritarianism of the Axis powers. The idea of strict social codes and a hierarchal approach to organizations and institutions began to be seen as oppressive. There were other reasons we began to liberalize as well, but this is one of the most important ones.

Relativism Has a Price

Unfortunately, by encouraging this, we left ourselves wide open. The long term effect of the trend are only now being felt in our highly promiscuous, morally relative societies. We just need to look at the current state of entertainment industry, or the shadowy world of the internet to see how bad it really is. Virtually everything is being promoted as an acceptable lifestyle. Here is an overview: Remember, relativism, and the acceptance of the evil that accompanies it has a high price.

Fruits of The Relativist Tree

Pornography, once a reviled industry, is now a multi billion dollar enterprise that addicts millions and makes more money than major corporations. Drug use is now so commonplace and public that people don’t even notice it, let alone condemn it, or suggest that it should be suppressed. In Canada, of course, marijuana, a terrible gateway drug, is now legal. We have an opioid epidemic that is crippling North America, and shows no signs of slowing down. Pedophilia, and those who practice this horrifying crime are pushing for social acceptance through groups like NAMBLA ( North American Man Boy Love Alliance) and there are signs that they may be making progress. People are openly worshipping Satan and recently a Satanic “Christmas tree” was put up in the United States. There are countless other examples, too numerous to mention here.

A Strange and Dangerous Place

The point in describing all of this is to point out that we have indeed entered a new and dangerous phase. Our society appears unable to distinguish good from evil and admirable from despicable. We have been influenced to such a degree by the far left and those who want to see the West fall, that we cannot even act to defend the good and the true.

Can You Recognize Evil?

Can you recognize good and distinguish it from evil ? I’m certain you can, but only because you have a moral foundation. Countless other millions, especially the young: Millennials, Generation X and Generation Z, are not so fortunate. They did not grow up with a moral structure of any kind. Liberal Progressives got to them long ago, and they are relativists or even left leaning extremists. It’s “All Good” to them. That may well be the saddest and most dangerous development Western Civilization has seen to date.

But it’s not all bad news. G.K. Chesterton once said that “A folly does not cease to be a folly because it has become fashionable.” We have mainlined many evil things, but truth remains truth. Abusing a child, or enslaving someone to drugs or pornography is evil and that truth shall never go away. Any sane person can see that.

Right now a lot of groups like ours are rising, and they are dedicated to restoring the balance and fighting for our civilization. New champions are stepping forward to defend free speech, our democratic rights and Judeo Christian civilization. This will be a long struggle and will involve a lot of personal loss, but, in the end, one fact will stand clear for all to see: Good is good and evil is evil, and that truth can never be denied.