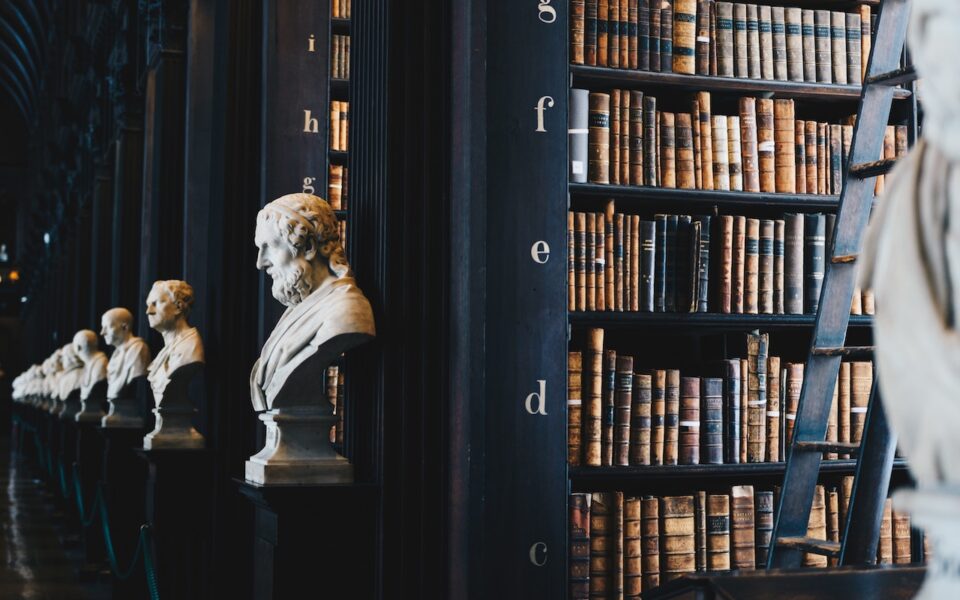 It Didn’t Happen That Way

One of the worst aspects of the “Woke” social revolution is the distortion of history. Most people understand this, even if their knowledge of history is not great. This is especially true if they have lived through an historic period, perhaps in their childhood or youth, and it is portrayed differently on the silver screen or in a book. They know. You can often hear them saying “What?…It didn’t happen that way!” Their anger is understandable. History shouldn’t be distorted. It is wrong to do so, especially for political purposes. So what, you ask, are some examples ?

Stick to the Truth…

There are plenty, far too many in fact. Maybe this is a good place to mention that the issue of historical distortion is not always about good or bad or social justice. It’s about truth. We need to present history in as truthful a manner as possible. Sometimes, that’s difficult, especially when we are dealing with fragmentary evidence or other problems. But we shouldn’t deliberately distort our history. These days, however, that’s exactly what is happening. And we know when the historical narrative goes off the rails. First there’s our personal memory of how it wasn’t so. Second, there is lying about the importance of people, places or events in the historical timeline.

People want things to be a certain way. They want their group to be important, and they want their point of view to dominate. It’s human nature, but it can go horribly wrong, resulting in mistakes that can only be successfully corrected later…maybe. One of the reasons for this is something called postmodernism. Hopefully, I can explain it to you in a few lines. Post modernism includes the belief that the modern age with its emphasis on rationality, objectivity and impartiality is over. In its place is a new “Post Modern” age based on subjectivity, feelings and relativity. That means that everyone’s personal “truth” has validity, and truth based on fact may, or may not, be important. In the end it’s “wishcraft,” and our history and culture have suffered as a result.

One of the worst examples of this is the 1619 project, backed by the New York Times and other media sources, and created by Hannah Nicole Smith. It states that America was actually founded in 1619 when the first black slave was brought to the American Colonies. Historian after historian has debunked it stating that America was, of course, founded in 1776 with the Declaration of Independence, a fact every balanced person knows. To postmodernist progressives though, it doesn’t matter. The 1619 project marches on. It’s counterfactual, a lie, but it is being spread throughout the American academic and school system as though it were truth. Why? Because in the context of our postmodern “woke” world Hannah Nicole Smith has the right to spread her truth, regardless of how untrue it is, and, besides, she is part of an oppressed group giving her extra validity even though not a speck of what she says is true.

Canada is not Immune

We Canadians are not immune to this. The recent spate of statue removals, school and building name changes and currency portrait changes is proof. Our history is being tampered with. One of the worst examples of this concerns Sir John A. Macdonald. Sir John A., the principal  founder of our nation, has been removed from our money, had his name removed from schools, had his statues torn down, and has generally been treated as though he was a historical criminal. Again, this is a lie. What is worse, some of his speeches, and even information about him, have been removed from Canadian archives. You can’t find them anymore. It’s criminal to do this, and undemocratic, and it’s the kind of thing that takes place in totalitarian regimes, not Canada, or at least, what Canada is supposed to be.

Some time ago I wrote a post for this website entitled “Why Murdoch Lies.” Check it out if you want http://freedomdefence.ca/why-murdoch-lies/ It got the most response of any post I have ever put up. Most of the comments supported me. Some didn’t, but that’s the thing about free speech. Both sides have a right to be heard. Fair enough. In the end people got it. Murdoch Mysteries lies about Toronto in the early twentieth century, attitudes then, and even how people acted in those days. And…it’s getting worse. When I first started watching it the series was delightful. Now it’s unwatchable. The extreme Liberal Progressive checklist is in full force in every episode and the propaganda machine is running at full speed.

History changes, and so is subject to interpretation, but erasing it or making false claims about it is unforgiveable. Viola Desmond, the woman who now graces our ten dollar bill, was a brave individual, making a great gesture for a noble cause, but she was nowhere near as important as Sir John A. Macdonald. He belongs on the ten dollar bill, not her. Sorry folks, but that’s the truth. And we need to stick to the truth. What was that saying again? “Ye shall know the truth, and the truth shall make you free.” Seems to apply here more than ever.

As always a great topic, well done and certainly worth reading! 👍 Now regarding ‘In its place is a new “Post Modern” age based on subjectivity, feelings and relativity.’ Yes, Post modernism is the basis for most of this insanity. I would add that the subjectivity nearly always includes emotions, perceptions, and intuitions besides ones feelings. I believe another aspect of this ism is that two contradictory positions can both be considered true at the same time. It appears to me that Post Modernists also believe that words can be defined to mean anything they wish them to mean. Thus… Read more »

An interesting observation on your part about “cognitive dissonance” the ability to hold two contradictory ideas in one’s head at the same time. It’s yet another indictor that we are not dealing with rational or balanced people here. It’s a tragedy that the western world is going through this. Truly our time of testing against these delusional folks.

What you call ‘cognitive dissonance’ does not appear to be recognized as such by Post Modernists NOR does Marxist dialectics, which as a materialist philosophy, emphasizes the importance of real-world conditions and the presence of contradictions within things. Thus when discussing Moaism with a Chinese Canadian, he suggested there is nothing wrong with contradictions both being true. I believe that is the Eastern way of thinking and of course is detrimental to logic and reason.

A great post, and a great read. You are right about the fact that this concerns truth. Postmodernism distinguishes between metanarratives and micronarratives; it rejects the big, overarching metanarratives of universal values, reason, symbols, and so on, in favour of personal, individual micronarratives or stories, as you point out in your blog. Postmodernism also argues for what it calls “performative truths”, that is, “if it works for me, and is my story, it must be true”… which is a lie! A return to universals is needed, a recognition that there are truths that transcend our individuality, truths narrated in the… Read more »

Good comment. The Postmodern viewpoint is often disconnected from reality. “My Truth” means little or nothing in the face of objective reality. How they can believe in the ambiguity of objective evidence and scientific fact is both fascinating and horrifying. I understood this tainted viewpoint much more after reading Stephen Hicks “Explaining Postmodernism.Skepticism and Socialism from Rosseau to Foucault.” An essential read in my opinion.

Thanks for the book suggestion!

This is a critical topic in our present culture. Thanks for addressing it so well! I want to comment about the writing of history itself. One of the first problems with the writing of history is that historians are, well, human beings and as such are sinners and as such prone to getting things wrong. There are things they don’t know, there are things they misunderstand and even things they purposely distort because they have a belief system and even an agenda in writing! Having said that we must acknowledge there is such a thing as the ‘Truth’ historically and… Read more »

Great commentary. Thanks for your input. It’s interesting, isn’t it that the current culture spends much of its time attacking the Bible. Could it be that they fear its message and the potential implications of its truth?

How interesting about the “1619 madness”! There is a sense in which postmodernism brings about sober reflection, a disillusionment with the “modernist” notion that humans are improving with every scientific advancement. But the rejection of all previous standards, values, accomplishments – and even historical accounts- is sickening.

I know. It is also truly delusional, reminiscent of much of the madness that occurred during the height of the French Revolution. We seem to be living in 1792 all over again.