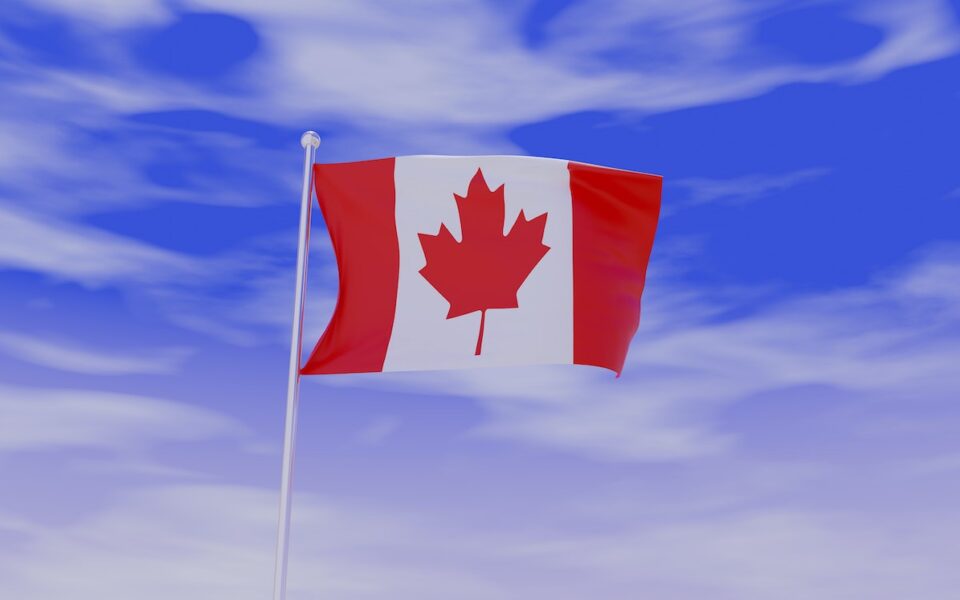 It’s O.K.To Be a Patriotic Canadian

Canadians are famous for saying they are sorry. It’s a national trait. Along with politeness, we consider apologizing to be one of our most important national habits. But it may have gotten out of hand. What do I mean? We need to stop saying we are sorry for being patriotic. We should be proud of being Canadian, and not just proud but deeply proud. There are people out there who want to destroy any patriotism we have, and we can’t let that happen.

I recently told a friend about the Canadian patriotic song “The Maple Leaf Forever.” Here is the link to it on youtube. https://www.youtube.com/watch?v=OxOhk4Lk9aE He had never heard of it before, which isn’t surprising or any reflection on him. He’s an extremely intelligent man, a wonderful person, but how could he possibly have learned about it in the age we live in, an age of censorship and “woke” ideology? For the “woke” and those who promote DEI (See my previous post entitled “DEI is Not a Faith” on our website) https://freedomdefence.ca/dei-is-not-a-faith/#comment-6297 a song like “The Maple Leaf Forever” is dangerous.  After all, it teaches us about our past, is historically accurate, and worst of all, it could engender strong pride in being Canadian. It, like the Red Ensign, must go if we are to create the diverse, inclusive, equity based dystopian society we should all want… or else.

But, of course, there is absolutely nothing wrong with being patriotic, even deeply patriotic about your country. It’s a virtue not a vice. But in the last twenty years or so, even longer when you go back to the roots of when we were taught to hate ourselves, (that’s another topic and another post) we have gradually been conditioned to see patriotism as some kind of aberrant mental condition. In the eyes of the Woke it leads to war, imperialism, prejudice, narrow mindedness and (gasp) the worst of all sins, “colonialism.” No one can accurately catalogue all the sins of colonialism, but that’s O.K. It’s bad, and that’s all you need to know. If you are patriotic you may be demented or  dangerous and may need to be cancelled… for everyone’s good of course.

Patriotism, properly defined and practiced, is not only acceptable, it is necessary. It’s powerful, admirable and a force for good. We are lucky as well, in that if you are going to be patriotic about any country, even zealously patriotic, Canada is the best country to do it in. Think about it. We have pretty much been on the side of good all the time. We have democratic parliamentary traditions based on British common law. It’s pretty hard to beat that. We have a Charter of Rights and Freedoms, a Bill of Rights, a constitution, laws that prevent a whole raft of violations to human rights. We fought heroically in two world wars to prevent fascism and totalitarianism, and we willingly paid the price doing so. As I mentioned in one of my recent posts, https://freedomdefence.ca/how-i-learned-to-love-canada/Canadian heroes abound from Nancy Greene to John A. MacDonald. Why would you not want to be patriotic about that?

The hidden agenda against patriotism isn’t even hidden any more. From special interest groups to the Canadian government, the push is on to eliminate traditional Canadian patriotism and replace it with a new “woke globalism.” The attack on patriotism is part of this. Again, think about it. We have actually allowed them to rename historic schools, streets and universities without so much as a whimper. The government of Canada has done nothing about this. In fact, they have tacitly and overtly encouraged it. Canadians stood by while they replaced images of famous prime ministers on our money, replacing them with people most of us can’t recognize and don’t know or care about. What?!! The destruction of Canadian patriotism can be laid squarely at the feet of illiberal progressivism, those who want to destroy any pride we might have in this great country of ours.

We need to “wave the flag” folks. A while ago I went to an antique shop where I bought a beautiful commemorative plate from the early twentieth century. It’s in my study now. In the middle is the phrase “Canada Our Country” underneath that is the phrase “The Maple Leaf Forever” and underneath that is the royal motto “Dieu et Mon Droit.” When I bought it I held it in my hands for a moment, stunned by the depth of feeling the Canadians of a century ago had. They were so proud of their country and so deeply patriotic. I thought “Where the heck, did we go wrong?” To go from that country to one in which you are forced to accept compelled speech, multiple left wing progressive “isms,” confiscation of legal firearms, medical tyranny and the narrative that Canada is somehow a “genocidal” nation is a stunning reversal and a descent into chaos and delusion.

Be Proud, Step Forward For Canada

It really is up to us. You can accept the gradual destruction of law, and patriotism changing Canada into a place you won’t recognize and will hate living in, a place where, as a famous American politician once said “…we will spend our twilight years telling our children and our children’s children what it was once like in the United Sates where men were free.” The same applies to Canada. Substitute the name Canada for the United States and you have the same situation. The alternative  is to fight. Ultimately, it’s our choice. That being the case, I would like to suggest that you become strongly patriotic. Step forward for Canada. In my last post I outlined some of the ways you could do that, but there are many more. Don’t be shy about it. A lot rides on this. Refuse to comply with wokeism. Fly the flag and wear it. Collect Canadian memorabilia. In the future we may need to refer to it so that we can remember what our country was like before radical ideology overwhelmed it.

It’s O.K. to be Proudly Patriotic

If we allow far left liberal progressivism to define us then we will have lost the battle. They will always refer to proud Canadians who have a firm grasp on their country’s history as “right wing” or “dangerous Alt Right extremists.” What we really are is proud people who love our country. It’s perfectly okay to be that. In fact, it’s the right thing to be. Let’s not let them gaslight us into believing that somehow, by loving Canada, we are unenlightened, regressive and dangerous. The exact opposite is true. Propaganda is never easy to fight, but we need to do so. Be a patriotic Canadian. In the end you will thank yourself, and so will the country you were born in.

This is the third in a series of posts I have written on Canadian identity and patriotism. I have truly enjoyed composing them and will return to the topic in the future. For now, though, on to other topics. I sincerely hope you have enjoyed them and will continue to read, share and comment on my posts in the future. Take care and stay proud.

Thank you for this uplifting and encouraging post! We are in great need of this these days as the foundations continue to be jackhammered by those desiring to destroy this nation and remake it after their dystopian globalist image. Being patriotic about a nation that became great as a result of its foundation on Judeo/Christian principles, acknowledging God as supreme (now THERE’S a topic for political debate!) and the rule of law, is for everyone’s benefit, particularly future generations.

Thank you Perry for this continuing series. This last article is truly a last gasp call to arms. The statement “The destruction of Canadian patriotism can be laid squarely at the feet of illiberal progressivism…” gave me an instantaneous vision of a box labelled PATRIOT lying in subjection at the feet of evil men. I questioned them about how they got it, and they kicked it back to me. “You gave it to us. Do you think you’re man enough to take it back?”