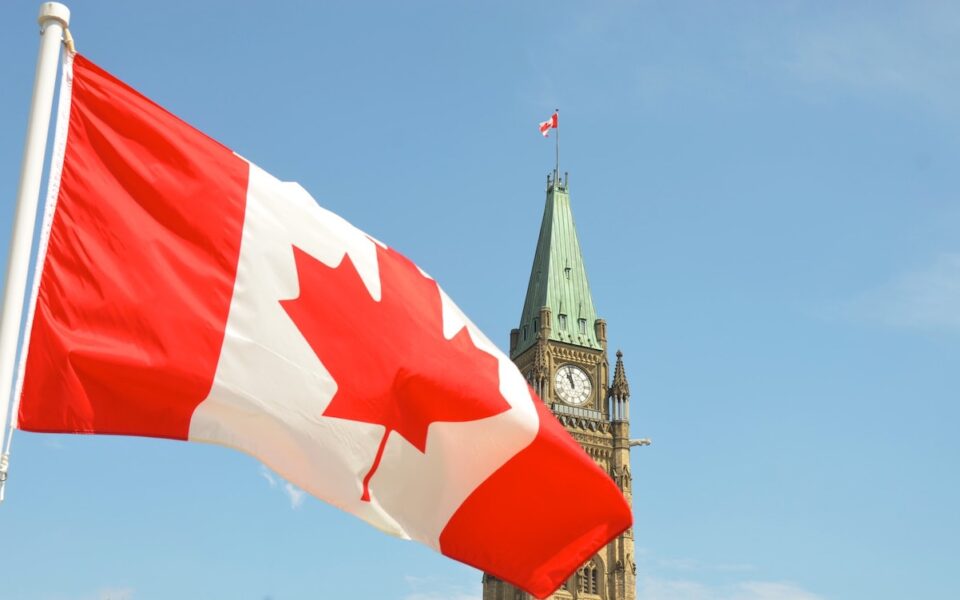 Now the Red Ensign is Racist?!!

All nations have symbols. They ground us in our history, traditions and culture. They educate us in the fundamentals of nationhood. Canada is no exception. We have our own time honoured symbols. The most important, of course, is the maple leaf. It is universally recognized as the symbol of our nation. Hockey is our sport. Few people are better at it than us. The Bluenose is on our dime. The King is our head of state. We have two official languages. We are a big impressive country with vast resources. The symbols of our nation are endless. They are important because they represent who we are, and now they want to take one of our most important symbols away.

There are no depths to which liberal progressives will not go to eradicate history and identity. They are truly contemptible. Their latest attempt at cultural genocide has to do with the Red Ensign. I am always astonished to find out how many people don’t know what the Red Ensign is. Of course, anyone over a certain age, and anyone who remembers the flag debate of 1965, will know the Red Ensign and what it looks like. It was our flag for almost a century. My father served under it in World War two, and my grandfather served under a version of it in World War one. From 1868 to 1965, a period of 97years, it was our de-facto flag. Now they want to eradicate it.

Ahmed Hussen, Canada’s Minister of Diversity and Inclusion, has approved a government booklet to be distributed in Canadian schools that condemns the Red Ensign. The booklet doesn’t stop there. It describes the ensign as an inappropriate “hate promoting symbol.” It also  urges kids to confront their fellow classmates or teachers if they mention “problem politicians” or speak excessively about freedom, adding that the Conservative Party of Canada has been infiltrated by racists and white supremacists. Shades of 1984! Besides being yet another example of how vile and wrong woke progressives can be, the booklet is pure propaganda. Its only intention is to indoctrinate our young. We talk a lot these days about cultural genocide, mostly in reference to indigenous people, but this is a form of cultural genocide too. The only difference is that it is directed against “Old Stock” Canadians and the common history of our nation.

Standing our Ground Against Bigotry

In my last post I talked about how I had learned to love Canada. Along with that love came an admiration for our nation’s history, culture and symbols. The Red Ensign has always captivated me. I remember it being in my elementary school classroom when I was a small boy. I always thought it was beautiful, redolent with history and tradition, and representative of everything great about Canada. When I taught high school Social Studies in the early 2000s I put it up in my classroom. It was a gutsy move. I knew, even then, that I could be accused of being a “Colonialist” and punished, but I didn’t care. By that time, by the way, I was the only teacher in my school decorating my classroom for Christmas. I had stood up for Christmas, and now I was ready to stand up for the Red Ensign. But I realized, even then, that I was fighting more than just school district policy. I was fighting bigotry. What was once acceptable and admired had become detested and the bigots were sharpening their knives. I realized that I had two tasks: to educate my students about their history and to stand against bigotry. We all should. We should never sit back and accept the growing hatred of, and discrimination against, conservatives and traditional Canadians.

What is their Aim?

Why the red ensign? Why do they hate it so much? It’s not hard to understand.  When you want to tear down a country and establish a left wing “paradise” you can’t let its time honoured symbols remain. They have to go in order to make room for a new narrative. The Red Ensign has to be condemned as racist. It must be banned and removed, even eradicated from the historical record so that future generations cannot be proud of their nation. They must learn how “shameful” Canada’s history was. The aim of woke extremism is to destroy the old Canada and create one based on far left principles. They can’t do that if Canadians love their history and fly the Red Ensign. That symbol must go, and people must be indoctrinated in historical falsehoods so that a woke “utopia” can be created.

What Actions Do We Need to Take?

I started this article on Nov. 10th. The next day, Remembrance Day, I flew the Red Ensign from my front porch. No hesitation, no doubt. I bought a Red Ensign flag from The Flag Shop in Victoria, and I knew that I would be flying it on Nov. 11th. We must now have a new kind of righteous defiance if we are to resist the wave of woke thinking washing over us. I am not advocating extreme behaviour or violence. I am saying that we must now be overt in our defence of  Canada’s history and traditions or they will take them from us. If we were quiet and undemonstrative before, we must be louder and more overt now. Things have gone too far for us to do otherwise. During the Remembrance Day celebrations in my town the female singer who sung the national anthem used the phrase “In all thy sons command.” I smiled to myself. She did not use the Liberal party’s preferred phrase “In all of us command.” It was a tiny act of defiance. We need many more such acts. Be overtly proud of being Canadian. Wear a Canadian flag lapel pin or a maple leaf broach, celebrate Canada Day loudly and proudly, call Canada Day “Dominion Day.” Learn more about your nation’s history and fly the flag from your home. Next Nov. 11th, you also might want to consider flying the Red Ensign. There would be absolutely nothing wrong with that.