Previous postHow I Fell in Love With Canada
FDC Spring Update. A Word From Our ChairmanNext post 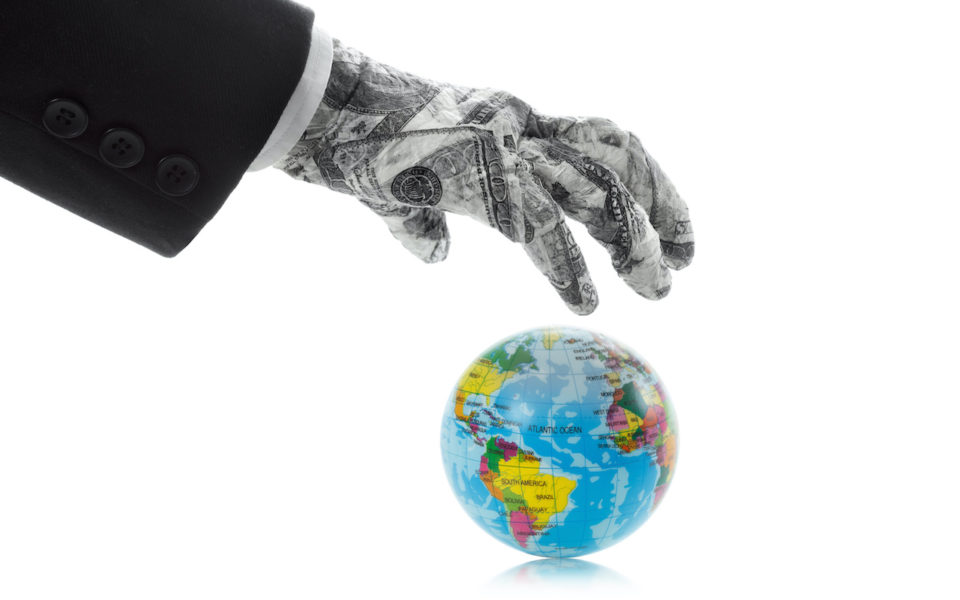 One Size Fits All

The other day I was outside a Mall in my home town of Duncan, B.C. From where I was standing I could see all the usual stores: a Staples, a Sports Chek, a Winners, and a Source. Suddenly I got the strangest feeling. I could have been anywhere. It didn’t have to be Duncan. It could have been Boise Idaho, Peoria Illinois, or Thunder Bay Ontario. Why? Because there wasn’t anything distinctive about what I was seeing. It was soulless. It didn’t have a personality. No culture, no grace, no charm no soul. It might as well have been called “Global town” instead of Duncan.

Two Kinds of Globalism, both Bad

There are two kinds of globalism: Liberal Progressive Globalism and Corporate Globalism. Both  are bad. Both dedicate themselves to false propositions and evil intentions. Liberal Progressive Globalism is dedicated to the belief that left leaning progressivism is the only truth. Until we all embrace it, the world won’t be right. Those who don’t embrace it should be punished. And, what is even more frightening, they should have their rights, such as the right to free expression removed. Somehow, in their minds, if you have a strong identity you are indulging in a criminal act. You are taking something away from someone else. You should give up that identity for the good of the global collective.

Of course, no rational person believes this, so it’s fair to ask why Liberal Progressives do. It might seem obscure, but it’s actually pretty clear. Their objective is political control, and he purpose of that control is to move the world to the left. A quote, often attributed to American socialist icon Norman Thomas, makes this clear. He is said to have remarked that “The American people will never knowingly adopt socialism, but under the name of liberalism they will adopt every fragment of the socialist program until one day America will be a socialist nation without ever knowing how it happened.” Some people dispute the accuracy of this quotation. But in the end it doesn’t matter. It expresses perfectly the goals of left wing global Progressivism. They are obsessed with establishing global authority. And they don’t care how they do it.

Corporate globalists are as bad as Liberal Progressive Globalists. They even work for the same goals. Corporate Globalism’s goal is power over the marketplace and as a result power over commerce, ideas and culture. The difference is that Corporate Globalism dedicates itself to profit. The driving force behind all they do is the accumulation of money. It’s an amoral principle, so they don’t care who they back or what they promote. Drug use, inappropriate sexual material given to children, radical communism, corporate enslavement, censorship, promotion of radical transgenderism and even borderline pedophilia is all fair game for them as long as it makes a buck. Generating profit is easiest under the mantle of globe spanning corporations.

The Current “Obey or Else” Mentality

Imagine a world where you aren’t allowed to express yourself unless what you say is approved by the government. Those who escaped the Iron Curtain during the Cold War don’t have to imagine it. They lived it. It’s the reason they fled to the West. You had to watch everything you said in case the secret police were listening or watching. One inappropriate joke about Joseph Stalin and you were gone. Are we there yet? Not quite, but we’re getting there quickly.

Time to Think About Canada

Think about Canada for a moment. There are so many things you can’t criticize or oppose. Multiculturalism, immigration, transgenderism, Islam, the LGBTQ community, minority political appointments, aboriginal culture, and so on and so on. The list is long, and it’s growing. You can question these things if you want to, but you risk job loss, harassment, reputational oblivion, and even violence or vandalism if you do. Death threats are common for those brave enough to dissent. There’s something deeply wrong with this. We have the appearance of free speech, but it’s not real free speech. In the end it may end up creating the kind of Canada the globalists want, a totalitarian, grey and dysfunctional world where everyone is forced, to think and do the same thing and everyone is afraid to resist. That’s globalism’s final aim.