Previous postMoral Exclusion: Morality Given the Boot.
“The Narrative. Part 2.”Next post 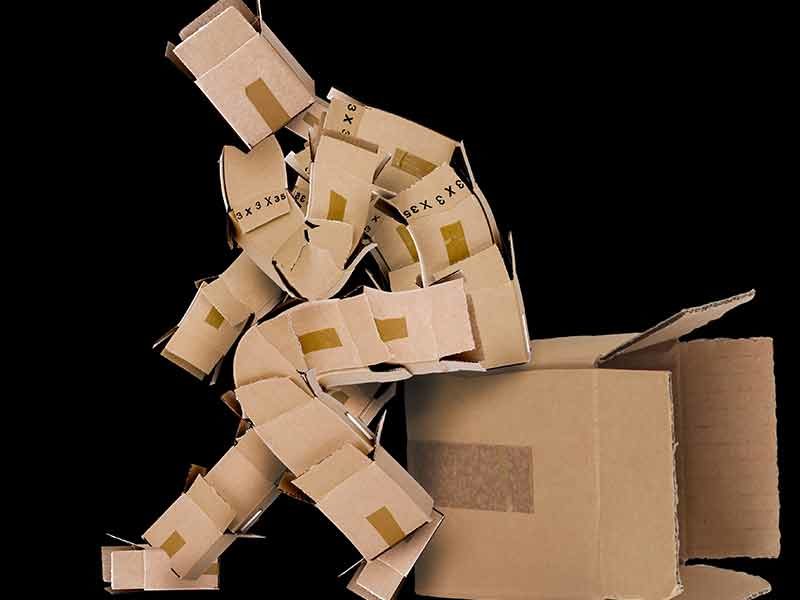 The Box We’re In

Many of us have woken up to the fact that we are no longer free. The Charter of  Rights and Freedoms guarantees us “Freedom of Expression.” That includes freedom of speech, but as we all know, and as I have mentioned before, that is slowly being eliminated in Canada. In my previous posts I described the role Cultural Marxism has had in curtailing our freedoms, but there’s more to it than that.

To get a clearer picture of this try to imagine that you are in a box. You can move slightly, you can crouch, but you can’t stand up or stretch. This is where we are now. It’s not a physical box, it’s an expressive one, but it’s just as confining as a safe or large crate would be.

The sad part is that we put ourselves here. Our jailers are political correctness, liberal progressivism and crazy “victim” ideology. We stood by while these concepts gained ground and wormed their way into government, public policy, pop culture and our  lives. We knew they were wrong and the first step towards tyranny, but most of us “went along to get along.” As Christmas concerts were pulled from schools, transgender bathrooms forced on parents and European culture demonized, we did little or nothing about it.

Now resistance has begun. It is time to end this madness, but the road back to sanity and balance will certainly be more difficult than we thought, and will require real courage and sacrifice. The days of accepting our values as dominant are over. We will have to fight for them. As I pointed out in one of my earlier blogs entitled “You Are the Counter Culture” things have changed, and we are now the rebels in a society that has lost its moorings. Given that, I believe we will need to ask ourselves some important questions, and the biggest one will be: “What Went Wrong?”

Where Did Political Correctness Come From?

First, we didn’t try to find out where all this came from. “Political Correctness” first appeared as an expression in the writings of chairman Mao Tse Dong, the Chinese Communist dictator. That should have been our first clue. When it began to appear in our society in the 1990s, it was promoted by radical feminist, socialist and liberal groups who began to force it into our everyday speech. With the help of billionaire socialists like George Soros, it became part of mainstream culture, and now large numbers of people, influenced by mass media and our addled educational system, have accepted it. The tragic result is that we are now afraid to speak our minds about those things we care most about.

You’ve probably felt the discomfort of “the box” already. You may avoid certain topics, or remain silent about things you would have spoken freely about before. The truth is that the things we are being asked to accept are nothing short of laughable. When a baby is born we are supposed to pretend that its gender is indeterminate, even though we can clearly see its sex and understand its gender. Bill C-16, however, prohibits us from discriminating on the basis of gender. This means that any suggestion that it may actually be a boy or girl may one day be met with scorn, condemnation or punishment. Can you think of anything more oppressive than that?

Historic figures, once admired for founding nations, winning wars, building cities, establishing universities, or creating philanthropic organizations are now “racists” “bigots” “homophobes” or “dead white men” who don’t deserve their fame. Like the pharaohs of ancient Egypt, their names and images are being struck from monuments and obelisks across the land.

The Most Totalitarian Act.

The erasing of history is the most totalitarian act possible. How can a people know who they are, and why their identity is important if an oppressive government, or leftist academic elites remove it?  The argument from the Left asks you to disregard history,  saying something like: ” You don’t want them to be remembered do you? After all, they were horrible racists responsible for gender inequality and genocide.” In a word, Yes. I want them remembered for the good they did and the greatness of their vision, and I want an accurate recounting of history, not a biased revisionist one.

When we acquiesce to this we become part of it. We all have to survive, but we should never give in to tyrannical political correctness. We should call things what they are. An infant child is what it is. It is not “undetermined.” The longer we submit to this, the worse it will get. Three years ago I was called an “Imperialist” for using the term “Queen Charlotte Islands.” Ironically, my accuser had used the exact same term six months earlier. That’s how quickly this Neo Marxist conditioning is progressing.

So don’t be like my erstwhile former colleague. Call things by their proper name and use the language you think is appropriate. If you don’t, you might soon find yourself designated a “gender indeterminate” individual. Try and imagine the discomfort of not being able to object to that.