Previous postWhy I will Never Be Postnational
The Great WarNext post 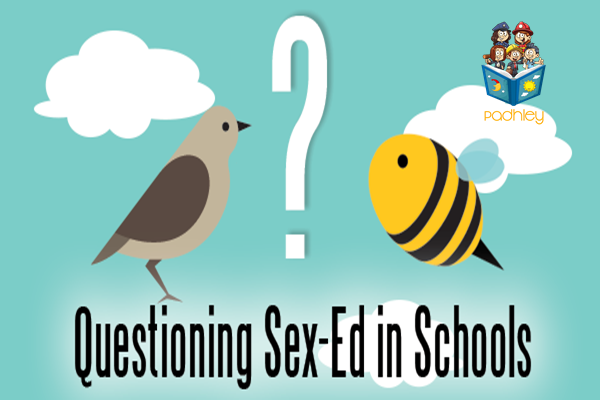 The Evil Amongst Us

Most of us go about our business each day hoping and praying that evil will not touch us. This often happens because we are blind and oblivious to what is really going on. Sadly, while we sleep, evil has its destructive way amongst us. In this brief essay I would like to touch on one particular evil that threatens us all.

A few years ago, during the summer legislative recess, the then premier of our province, Christy Clark, passed an order in council for the creation of a new sex education curriculum to be implemented in our schools. A man of dubious morality, who will remain nameless, was named as its creator. Slowly but surely, this new sex ed curriculum, now known as SOGI 123, was introduced into the public school system, and is now being enthusiastically taught in our public schools. SOGI stands for Sexual Orientation and Gender Identity.

A Mission to Change the Attitudes of the Young

Who has more input into the lives of our children than the teachers in our school system? Where do our children spend the most important and intensive learning moment of their early lives? In our school system of course. The creators of this curriculum were well aware of this. They were on a  mission to forever change the attitudes of young people toward the LGBTQ community, statistically a very small minority among us. How better to do this than to gradually massage the minds of our children in the hope that, when they graduate, they will be programmed to believe that it is anyone’s right to practice whatever sexual desire they want, in whatever way they want. And all of this could be introduced under the guise of promoting tolerance and fighting bullying.

This clever massaging of young minds begins early, even in kindergarten, where five year olds are now being taught, through the use of official teaching aids and other resources, that girls can be boys, and boys girls. This is now called “gender fluidity” and according to its doctrines, on any given day, a little girl may wake up and decide that they want to be a boy. According to the creators of this curriculum this is being done so that children can learn to be tolerant of the very very few among them who want to be free to pursue a sex change in their young lives.

Where Will it End?

As this indoctrination and evil persists, and as these children grow older, being taught not to discriminate against people who want to have sexual relations with their own sex, I wonder where it will all end? How long will it be until they are taught that it is ok to experiment sexually with animals, to engage in pedophilia or to engage in even more deplorable practices? Not long at this rate, in fact, we are seeing the beginnings of this being established even now.

Parents Not Involved Or Consulted

In sex ed classes for older students they are taught how to engage in safe sex. For example, they are now being taught how to safely have anal sex and how to use a condom when they are 12 years old. I know because I have a 12 year old in my home. Later on, they role play how to come out of the closet if they are gay, and how to break the news to their parents. Parents, by the way, are not involved in any of this. It is all going on secretly at your local public school. Parents are not being told what is happening in “health class” because school officials fear the backlash that would inevitably come their way if the parents really knew what was going on. Not only is this  a gross violation of parental right, but it is also, more dangerously, the nanny state gone wild. Just how much of this will we endure?

SOGI  Slipped In While We Slept

In a few short years, SOGI has been implemented in whole or in part in close to 85% of the school districts in this province. While we have been sleeping, the ministry of education has succeeded in implementing this evil in the classrooms of the province. They have cleverly managed to do it while gaining the support of school boards and district officials who probably did not even know what is really in this new sex ed curriculum.

The People Are Fighting Back

But this is coming to an end. People are waking up. Parents are becoming outraged. We are now fighting back against this evil amongst us. Freedom Defence Canada is doing its part. We need you to join with us to stop SOGI. Write the minister of education Rob Fleming and tell him to pull SOGI out of the school curriculum. Protest this to your local school boards and school superintendents. Claim the right in your local school to be made aware of what is being taught and to pull your child out of those classes. Become educated about SOGI. Google it on your computer and find out for yourself what is is all about. We need to wake up to this evil amongst us and fight it with all of our being.