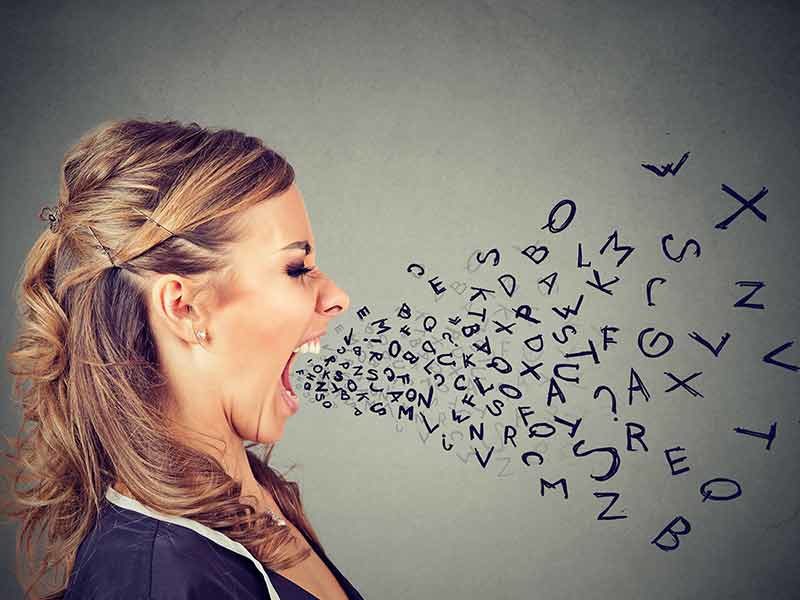 The Evil Use of Language

One of the most powerful weapons humans have is language. It can lift us up and inspire us. It can give voice to our deepest desires and frame our noblest thoughts. But it can also be used to obscure truth, brainwash societies and validate atrocities.

How is it being used today? If I was forced to choose the most common use of language today, I would say to “obscure truth.” Never before has language been used more deceptively to lie, cover up and twist the truth. It has become a weapon used to influence vast numbers of innocent people who just want to live good lives. To some extent both sides of the political spectrum do this, but the left is far more guilty of it since their objective is to radically change society and eliminate all traces of conservative traditional thought.

The most potent tool of the left is political correctness. Basically, its lying. I’ve written about this in a previous blog post entitled “The Box We’re In,” but this time I’d like to focus in on the way they actually deceive us.

I believe vast numbers of people are suffering from “lying sickness.” They have been sickened by constant lies. The source of this illness is the liberal progressive agenda now being embraced by government, education and the mainstream media. We have now reached a point where it is actually ruining lives. The good news is that people are beginning to fight back.

How? One way is by abandoning mainstream media and turning to alternate forms of information. It’s the mainstream media’ own fault. They long ago rejected honest journalism and embraced falsehood, disseminating semi truths and false news. Now they are paying for it. By false news I don’t mean the occasional fib or exaggeration. I mean outright lying in the service of their cause, or not covering the news at all. And, as I stated earlier, their most powerful weapon in all this is political correctness.

Here’s an example. Some time ago, the Associated Press stopped using the term “illegal immigrant.” Instead they substituted the term “undocumented worker.” Why? The second term is more pleasant. Somehow, the illegal immigrants lost their documents, but they’re hard workers. And they’re probably nice people too. Well, no. We have no idea what they’re like, or if they’ll work hard. What we do know is that they broke the law by crossing into a foreign country illegally, which makes them “illegal” and they’re immigrating, which makes them immigrants. The correct term for them is “illegal immigrants.” The left, however, doesn’t care about truth, only its agenda.

Naming is everything. In Canada, the home of P.C. madness, we refer to illegal immigrants as “irregular entrants.” How ridiculous. Of course they are entrants. They’ve entered the country. Are they “irregular?” No, they’re illegal. Here again, language is being used as a weapon. But it isn’t only on the subject of immigration that we see this. There are plenty of other examples.

“Merry Holidays” to all you “Animal Caregivers” and “Administrative Assistants.”

Suddenly it’s the ” holiday season,” not Christmas Time. Now we’re “animal caregivers” not pet owners. Secretaries are “administrative assistants,” although nothing was ever wrong with being a secretary. Everyone is your “partner” even if they are actually your husband or wife. There are so many examples that we would need a mob of “administrative assistants” working full time for months to record them all.

Changing language changes thought. The left knows this. Make no mistake about it. Political correctness is a weapon, not a language trend. If you call drugs “recreational” you imply there is something pleasant about them when we all know they are dangerous and degrading. There are so many examples. Even “inclusion” is a weaponized term. In the name of “inclusion” we can forgive the most heinous and dangerous practices.

What’s behind it all?”

What’s behind all this? Remember that the goal of the left is to bring down Western society and accepted ideas of decency and morality. If they need to restructure language to do it, then they won’t hesitate for a second. Changing language is a left wing weapon. Our job is to resist, then fight back.

So, ladies and gentlemen ( a term leftist mayor Bill De Blasio wants removed from all public announcements in New York in case someone is offended.) grab your husband or wife drive them to their politically incorrect gender based job as a secretary or construction worker, open the door for them (if it’s your wife) then go to your local politically correct Starbucks and wish everyone a Merry Christmas and a Happy New Year, say “ladies first” as you give up your place in line. Use all the bolded terms above, because folks, they are  weapons in the fight for freedom. Don’t hesitate to use yours.