Previous postThe Evil Amongst Us
Government or Regime?Next post 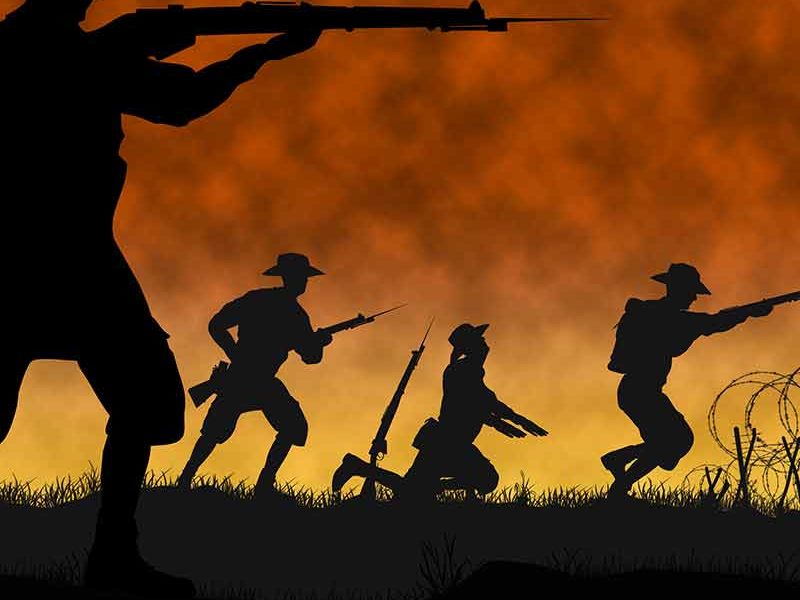 Only one war in human history has ever been called “The Great War.” The terrible struggle of 1914 to 1918 decimated Europe and swept away the old order. It ushered in an era of new and terrible weaponry, mass casualties and an appalling disregard for human life. When it was over nothing would ever be the same. Any notions of chivalric idealism had vanished in the death, mud and blood of Passchendaele and the  Somme. When an armistice was signed the world heaved a sigh of relief and tried to put the pieces back together again.

Now we face another “Great War.” Unlike the first, it is not being fought between massive armies on muddy battlefields. This is a war between good and evil on a social and spiritual battlefield, and it is much greater importance than the struggles of early twentieth century Europe. The stakes are higher than they were when the “captains and kings” left the stage of Western life one hundred years ago.

What is at Stake?

What is at stake now is, quite simply, the future of our world. In this struggle we stand to lose a lot more than national boundaries and pride. The casualties in this war will be everything worthwhile: morality and decency, truth and impartiality, law and justice, compassion, common sense and kindness. The forces arrayed against each other in this new “Great War” are darkness and light. The political distinctions between Allies and Axis, free world and enslaved, Christian civilization and Godless totalitarianism that defined the original “Great War,” pale in comparison to the issues that are at stake now.

Oversimplification? Exaggeration? Overblown rhetoric? I don’t think so. In fact, if anything, I may not have painted the picture vividly enough. Never before have we faced such a powerful assault on our civilization and the values we cherish. Physically, not a shot has been fired, but spiritually and culturally the war has been raging for decades. It began when we started accepting the notion that right and wrong is relative. It continued under post modernism when men and women, whose behaviour can only be described as vile, became the prophets of toxic tolerance and the cultural heavyweights in a society that had lost its way.

Now, like the terrible years between 1916 and 1918, when a military stalemate on  the western front resulted in the deaths of untold thousands, we face our own deadlock. Will we succumb to an enemy intent upon creating an immoral and falsely relativistic world, or will we right the balance and preserve all that matters? Is this even a choice? How can we choose to do otherwise than to defend and protect that which every human being knows in their heart to be true? Yet many people do. They choose to embrace moral relativism and  clever sophistries to create a world that men and women of previous generations would have shuddered to behold.

Their reasoning is almost always the same, and their questioning tactics are similarly predictable. “Who are you to judge?” “What makes your values any better?” “What exactly do you mean by “decent” or “good?” In this they are not unlike the wandering Sophists whom Socrates detested, the professional tricksters who sold their debating skills to the highest bidder so that arguments could be won, regardless of whether or not they served good or evil.

The Awful Realities of our  Relativistic World

In the end, the awful realities of a morally relativistic world justify our efforts to resist it. Every day we can see how bad things have become. Politicians weigh in on the justice system in order to bend and influence it to their will. Children are exposed to pornography as early as five years old. Conservatives are hounded and persecuted, forced from the public square by the main stream media and the divas or pop culture who sell immorality along with their slick entertainment and questionable lives.

The people mean little in all this. What most citizens want doesn’t concern the elites. They do not care that the vast majority of people do not believe in the social engineering experiments they are being subjected to. Average citizens, caught between two warring armies, do not count to them. But imposing their will on good people does.

We Must Carry On and Fight for Victory

We who are fighting in this new “Great War” must carry on. Like those who fought in the original struggle we must not surrender, and we must accept nothing less than victory. Too much is at stake if we don’t, and if any kind of armistice is reached in the  future, it must be one in which our values, and not theirs, prevails.