Previous postUpcoming Candice Malcolm Event
What Can I Do?Next post 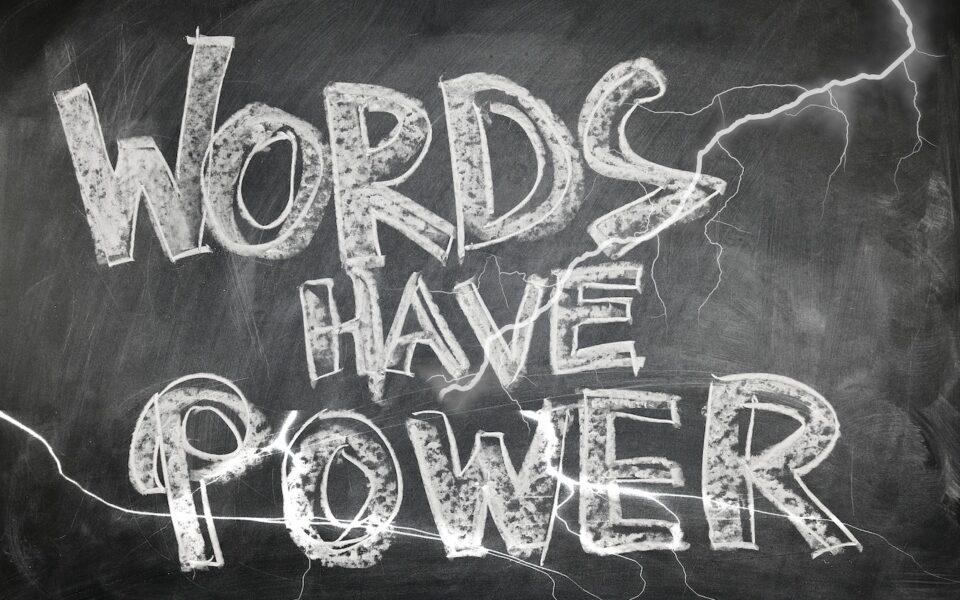 Some of us remember a time when people used the “N” word. Today everyone understands it to be a racial slur. Respectful people don’t use it. If you do, you run the risk of being suspended, fired or worse. Just ask Wendy Mesley of the C.B.C. who retired early because she referenced the word during a meeting. She didn’t call anyone the N word mind you, she just mentioned it. Using the N word can end your career and your personal and professional life. Now a different word has taken its place: the R word.

I’m talking about the word “Racist.”  It’s not like the N word. If you use the N word to describe someone you are finished. With the R word it works in reverse. If someone uses it to describe you, then YOU are finished. The power of that one word: “Racist” is amazing. It’s a linguist nuclear bomb. The progressive left knows this. That is why they are using it to silence their opponents, but why does it have so much power?

The Power of Language

I talked about this in a previous post entitled “The Joy of Labelling” ( Feb. 21st 2021 www.freedomdefence.ca ) Words have power. They change your way of looking at things. The western world is going through a disastrous cultural revolution, one much like the Chinese cultural version of 50 years ago. Like the original Cultural Revolution, we have “Red Guards” who use cancel culture and language to achieve their goals. Different situation, same tactics, and that is why radical leftists and progressives want to change the names of universities, schools, roads, buildings and holidays. They even want to change the names of provinces. They know that language is a powerful weapon, and the most potent language weapon of all is the word “Racist.”

It’s everywhere. You can get called a racist for doing nothing at all, just for existing. So how did this happen? Weaponizing the word “racist” has many sources, but the most recent is the Black Lives Matter movement. BLM has its origins in earlier left wing movements. Its greatest achievement has been weaponizing the word “racist, ” and that is an unparalleled coup. The concept that “Black Lives Matter” (something everyone would agree with) is separate from the organization Black Lives Matter International, a self admitted radical Marxist group. BLM was successful in using the term “racist” to silence their opponents, and now it is being used in society at large to shame people, end discussions and terminate careers. In Canada one of the best exponents of the R word is our own prime minister Justin Trudeau, who has, among other insults, constantly described Canadians as a nation as racists.

Once people are called a racist they lapse into silence. The word defeats them. People fear being called a racist more than anything else because it can result in job loss, life change, disgrace, and even physical harm. Few are willing to stand up to that. It takes courage to resist the mob. That is why so few people now defend traditional Canada or its values. There has been some pushback recently, but too few defend European culture and few indeed defy the race baiters always use the R word to silence others. They just put on the soiled mantle of shame and shut up. That’s how powerful the R word is.

You’re Not a Racist

Don’t worry.  You’re not a racist. Genuine racists are rare, and racism has been on the decline for decades. The vast majority of people are fair minded. For them the issue of race is largely irrelevant. But that same majority has been out manoeuvred. The progressive left has distorted our societal values by looking at everything through the lens of race. If you don’t measure up to their woke ideological framework you are, of course, a “racist,” and if they don’t like you they can shut you up by using the R word.

There are many ways the progressive left have succeeded in silencing people, not just the R word. Another way is to create a new structure of legitimacy. What do I mean by that? I mean they create new references and authorities. For example, they laud books like DiAngelo’s White Fragility and Ibrahim Kendi’s How To Be an Anti Racist, raising them to cult status and then inject their ideology into schools, universities, government and the military. In addition to this they continually spread false narratives. One of the most telling of these is the idea that Canada and the United States are despicable nations, racist “hell zones” that need to be cleaned up and rebuilt. According to this narrative, nothing about us is good and nothing ever was. You know this is untrue, but if the narrative is spread often enough people begin to believe it. Calling people “racists” is just one part of that effort, and  part of the cultural bullying now taking place in North America.

We encourage you not to buy in. The “R word” narrative is false, and it is more important than ever that you don’t buy into it especially now that  it is being used to divide us on every level.  You know you’re not a racist, so don’t let anyone tag you as one. You, and the country you love,  are worth much more than that.

Thank you so much for this timely post, Perry. Your insight into these cultural issues is incisive and for me personally, very helpful in putting wheels under my own thoughts and engagements with others. The power of words is possibly one of the most under-appreciated and least understood realities in our time. I see this particularly in the insidiousness of the changing meaning of words to suit a particular agenda or in the invention of words to ‘create’ new, uncharted ideas. One of the mistakes for those of us who stand for truth in accepting the redefining of words or… Read more »

Great points and I try to never use the term ‘progressive’ for leftist since they are actually REGRESSIVES. I had made my comments before reading all of yours. It is interesting how similar outlooks we have. The sad part is that some ‘Evangelical’ churches have redefined the gospel to mean the social gospel or what I call the Socialist Gospel.

Yes. I really want to affirm what you are saying here. The myopic and obsessive concentration on the social gospel has, in my opinion, actually weakened the Christian faith, so much so that some denominations are nothing more than adjunct social welfare agencies or, as you would put it, regressive liberal allies. Christians would be better served preaching Christ’s message with fire and enthusiasm rather than attempting to be substitute socialist/ left wing bureaucracies.

Very true Mike. They are dictating the language used and the nomenclature of our daily lives, which means that they are setting the pace of cultural change. We need to take the initiative, restoring cultural traditions and recalibrating the language back to something that has a connection to reality. That’s our task for the foreseeable future.

Thank you for alerting us to the name-calling strategy which shuts down honest debate or discussion. Obviously, prejudice against people because of their race must be confronted as irrational and wrong. But as you point out, the majority of Canadians are not racist, so the accusation of racism should make us examine each scenario closely. We need to find out what, specifically, is being called “racist” and decide for ourselves rather than just accepting a judgment which is perhaps biased from the outset.

Thanks Edward. Well put. We definitely need to start thinking for ourselves about what the term “racist” now means and for what purposes the Left is now using it. In my opinion, it has little to do with old fashioned definitions of “racism.”

Great points made by Perry as per usual. Most of what you say however applies to those who do not know the Lord. They seem to allow name calling to affect them. That is not the case for me. I really do not care what name anyone calls me as long as I do what the Lord wants me to do and that is to ‘Have nothing to do with the fruitless deeds of darkness, but rather expose them.’ That does NOT mean we hate or do hateful things to those who do those ‘fruitless’ deeds but it does require us… Read more »

In my political life especially,people would try to shut down civil debate by using the “race” card. If this lefties didn’t agree with you,they would call you a racist or a bigot and that was supposed to settle the issue.The problem is that people who would use this debate killer are often doing exactly what they accuse us of doing. Shutting down free speech is a very dangerous thing as it ultimately discourages free dialogue from happening. This is one of the foundation stones of democracy. And we are losing the foundation of a free Canadian society quickly!

Great points Reed. You are so very right about this. The foundations of a free Canadian society are definitely being challenged. If they are successfully deposed it will be a long time indeed before we see them restored.

Yet again another well written and timely article, regarding the misuse of words and the weaponization of them by the those who seem to currently hold the upper ground in our society. I do not believe I am racist in my opinions and viewpoint. Do I have cultural preferences? Certainly, I do. Do I believe everyone regardless of cultural background should be valued and treated equally? Yes, I do. My wife has a modest collection of perfumes. I prefer one or two scents particularly. Do I despise perfume. Not at all. In the same way I enjoy certain cultural attributes more than others. So, am… Read more »

Good points, Rick. The UBC comment you cite seems to come from the reverse bias, inferring that everything In North America prior to European contact was wonderful, while everything contributed by explorers, farmers, missionaries, settlers was tainted, selfish and destructive. This is irrational—and, ironically, racist!

Great comment Edward. What a terrific summation of the anti European sentiment we have to endure. It’s odious and, as you say, racist.

The U.B.C. example is a powerful and important one. Thanks for providing it. It reminds me of the Communistic jargon I was subjected to as a child. Remember my post entitled, Confessions of an Atheist Buddhist Communist? It sounds like that, just radical left wing propaganda. So dangerous though, right?