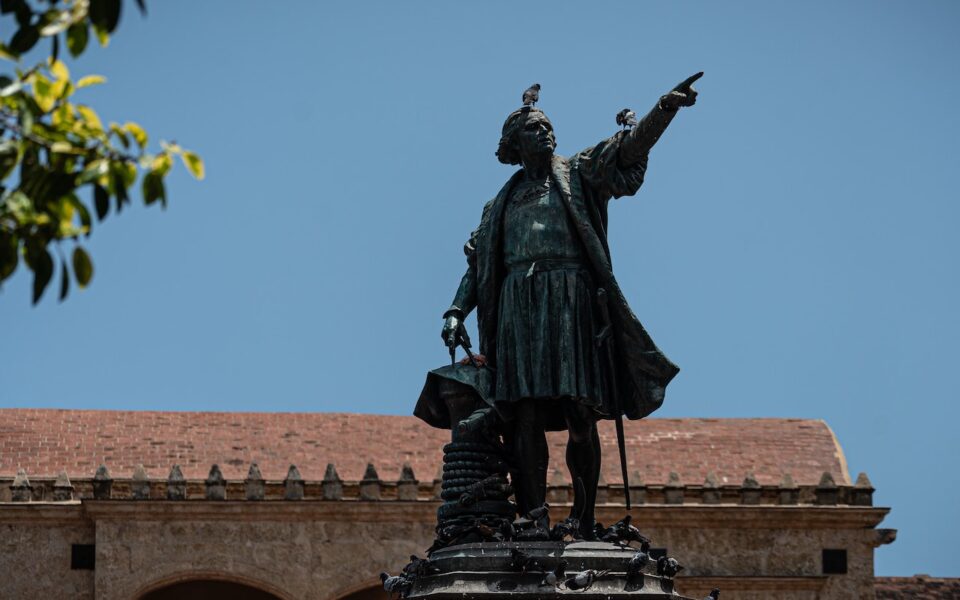 Language has become a weapon. For many people this is puzzling. Isn’t language supposed to help us communicate? Shouldn’t it be clear, and an aid to understanding? Isn’t language beautiful, and hasn’t it inspired the people who came before us? Yes. All true. Language should be all these things and has been in the past, but nowadays it has been twisted into a political weapon. The far left and radical liberal progressives have taken over our language, and they are using buzz words and labels to restructure society and silence people.  One of the most effective words they are using is “Colonialism.” What they have done with that word is both disgraceful and terrifying.

For most of mankind’s history there have been empires. Democracy occupies only a tiny slice of our history. Empires, whether they call themselves that or not, have usually dominated and have always colonized. Even when they didn’t consider themselves empires, such as in the age of Classical Greece, they still sent out colonists who established colonies. This happened everywhere, not just in the West. China engaged in colonizing, both culturally and militarily, and is doing so now. Others have done the same. Empires were established in the pre contact New World, such as the Incas and Aztecs and they dominated and conquered other groups. The examples are endless. “Colonialism” or “Colonization” refers to this process, one that has been with us since the beginning of time.

The New Meaning of “Colonialism.”

But progressive radicals have changed the meaning of “colonialism.” In the past they have also changed the meaning of words like “Racism” “Merit” “Woman” “Equity” and other established terms. Now it is “Colonialism’s” turn. Ignoring truth and historical context, they have defined “colonialism” as anything European and anything white. In an unprecedented purge of our national history and identity, they are attacking anything traditional, and European (including the Christian faith) and anyone or anything that represents “whiteness.” All of this, regardless of its historical importance or context, is “colonialism” and must go. And when they say go, they mean it. “Go” means eradicating it. Gone forever.

In the name of fighting “Colonialism” terrible things have already happened. The third floor of the Royal Museum of British Columbia, an exhibit loved by everyone, was eradicated in the name of “anti colonialism.” Canada Day has been cancelled in an effort to fight “colonialism” most notably in Winnipeg and Victoria. Ending “Colonialism” is the excuse mobs use to  removing statues across our land, including those of John A. MacDonald and Queen Victoria. Town criers have been cancelled because they represent “colonialism.” Recently an official government of Canada publication described the red ensign as a “symbol of hate” and a racist flag and representative of colonialism. Street names, cities and schools have been renamed in an effort to eradicate our history and any connection it may has with Europe or white people. It’s undeniable. “Anti Colonialism” is a crusade against our heritage.

“Anti-Colonialism” Just an Excuse for Destruction

Like many other leftist progressive concepts, “anti colonialism” is a just an excuse for destruction. Our vision of history  goes through changes. It’s natural. We come across some new evidence, or we establish new perspectives on the past. Fair enough. But “Anti Colonialism” is different. It aims to eradicate our past in a profoundly discriminatory way. What is more, it is anti factual and incorrect. Canada was founded on British parliamentary democracy and European customs. It’s leaders and conventions came directly from those traditions. Denying the reality of that is pointless. Canada has evolved and changed, but reaching into our past to falsify it is destructive and criminal,  reminiscent of the kind of policies employed in Soviet Russia.

Surprised by the Propaganda State

I have to confess that, like many other Canadians, I find all this surprising. Just a few years ago I wouldn’t have been able to imagine Canada’s culture being dominated by progressive leftist propaganda, but here we are. So, as usual when I write these posts, I am in the position of having to figure out what to do in the face of soft tyranny. The first thing to recognize is that, like many other once-solid western nations, Canada has changed. We have been radicalized, not from without, but from our political elites, and we must resist. Don’t accept the ”Colonialism” myth. Celebrate Canada Day. Recognize and enjoy Victoria Day. Be proud of your nation’s history. Fly Canada’s flags, both our current flag and the Red Ensign. Study Canada’s former leaders and heroes and honour Canada. And whatever you do, don’t worry about the evils of “Colonialism.” It’s an excuse to tear down our country’s identity and we can ill afford that.