Previous postA House Divided: A Post Mortem on the Federal Election
The Most Important Issue in this ElectionNext post 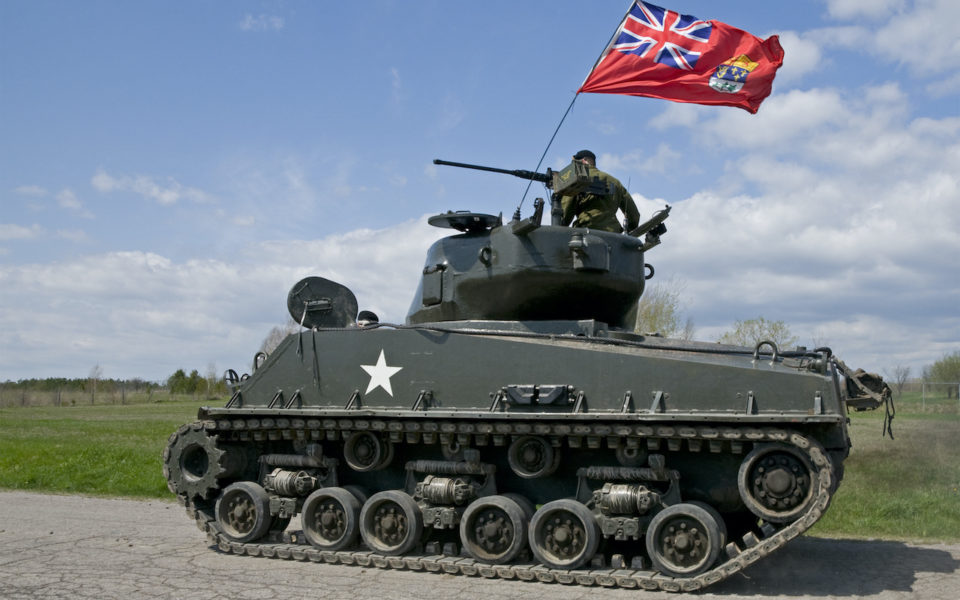 What My Father Fought For

My father fought in the Second World War. To be more accurate, he fought in the toughest battles of the war. He was at Juno Beach, Caen, the Falaise Gap, the capture of Antwerp, the Liberation of Holland and the push to the Rhine. It left its mark on him as it did on so many other Canadians, and he had trouble adjusting when he got home. Today he would have been diagnosed as having PTSD, but in those days they just called it “Battle Shock.” It took him years to recover and a long time before he could become part of society again. After seven years he met my mother, they got married, and he started a new life. That was what was expected in those days. You picked up the pieces and got on with it.

The Reason Behind Sacrifice

Why did he do it? It was a tremendous sacrifice. He saw things no man should ever see, and he paid the price. So what was he defending? If you say that he was protecting his family and everything he knew, you’d be right. If the Allies had lost the war all of it would have disappeared. But there is more. My father loved Canada and volunteered to defend it. He laid his life on the line as a tank commander, one of the most dangerous wartime roles anyone could assume, to preserve our freedoms. When the action began he didn’t shrink from what had to be done, and he did his best to safeguard his men.

But he, like the men who fought alongside him, did much more. They fought for an ideal of decency. In those days they said they were fighting for Christian civilization against Nazi tyranny. There wasn’t any political correctness, and they had no hesitation in telling people that they were defending the Christian faith. But they also knew they were fighting for people’s right to live a decent life regardless of their belief system, to get married, raise a family and preserve the Canadian way of life. That was what they fought for, but they didn’t fight for what we have now.

Not the Decent World He Fought For

Not even close. What we have now in Canada doesn’t  resemble the nation my father risked his life for. He would have been disturbed and ashamed to see it. Times change and so do values, but there’s more to it than that. The Canada he grew up was a great place, with clear moral standards, a common culture and a connection to reality. It was a Western nation with democratic values, reverence for the traditional family and a foundation in Judeo Christian values. It was overwhelmingly homogenous and dedicated to law and order. Pornography, homosexuality, the drug culture and moral relativism had not been mainlined under the rubric of “tolerance” and you could speak your mind without fear of the authorities ending your freedom or career. People tried to act decently and morally, if only in pursuit of public acceptance, but they did try, and the institutions of the day backed them up.

Not today. Today, special interest groups, like the 4.5 % of the population comprising  the L.G.B.T.Q. community, rule our culture with an iron grip. Under the name of “diversity” we are being pressed into accepting their new and oppressive vision of Canada. You dare not disagree. If you do the consequences can be dire. What this means is that we are no longer free. You must swing left and if you don’t you will probably be labelled a Neo Nazi, White Nationalist, White Supremacist or Alt Right fiend. The evidence for this is clear. For example, we now have three left leaning political parties in Canada: the Liberals, the Greens and the N.D.P. and only one conservative party. There are no centrists. Conservatism, once the home of common sense, fiscal responsibility, a respect for tradition, and healthy patriotism has now been recast as Nazism reincarnated. How did this happen?

Basically a decades long process of brainwashing, manipulating the media and infiltrating mainstream politics took place. And now the far left has gained the social high ground. It took them a long time, but they managed to accomplish it. The title of this section is Propaganda, Prevarication (lying) and Punishment, and that’s exactly what it is. The left have distorted people’s perceptions of reality  in order to accomplish their objectives. The world they’ve created is a kind of social and political nightmare regime and if you go against it you can be punished,  even if you just exercise your right to free speech. A lot can happen to you in the new “unfree” Canada.

So What Kind of World is This?

What kind of world is this? It’s hard to say. We are  negotiating it, now struggling in  a world where once radical fringe groups now dictate what we can and cannot say, a world where common sense has  been abandoned. There are hopeful signs that a rebellion is underway. All indications are that a  backlash is beginning, but we will have to see how far it can to go in restoring our world. But one thing is certain. It’s not the world my father fought for, and if what  we are watching continues we may all have to summon the kind of courage my father and his friends had to have when they stood up to tyranny. It’s something to think about.