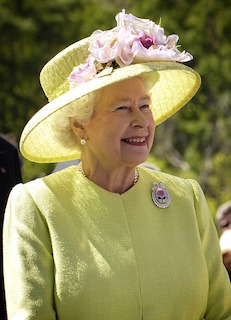 What the Queen Meant to Us

I was in England during the death of Queen Elizabeth the Second. Although the circumstances were solemn and sad, one fortunate aspect was that I was able to see, first hand, the depth of patriotism and love of nation demonstrated by the English people, and the U.K. as a whole, and the love they had for their monarch. As a Canadian though, I had to ask myself a couple of questions. Would it be possible for such patriotism to take place in Canada and, what did the Queen really mean to us?

Although there were tributes to the Queen across the nation, and a national day of mourning was declared, it was clear that Canadian feeling about the Queen was somewhat muted compared to what it once might have been. This was pretty clearly indicated by Bloc Quebecois leader Yves Blanchet’s statement that the monarchy should be abolished. Indigenous leaders also used the opportunity to play up the “colonialist” narrative of Canadian history, obviously trying to take advantage of the situation and insert their identity politics narrative into the occasion.

There seems to be a new stream of sentiment being created promoting the idea that Canadian republicanism is inevitable and that the monarchy is both outdated and oppressive, and (there’s that word again) “Colonialist.” Others feel that the monarchy has timeless value and “does no harm” binding us together in a shared history of customs and institutions that need to be preserved. So who is right? To answer this question we need to focus on the title of this post “What the Queen Meant to Us.” What did she mean to us and, by extension, what does the institution of monarchy mean to us?

More than a Monarch

The answer is more complex than just a republican or monarchical sentiment. Four billion people around the world watched the Queen’s funeral. Four Billion! Obviously Queen Elizabeth was much loved around the world. She was a wonderful person and a great monarch who understood her duty and performed it to a tee. However, there is more to this affair than just the monarchy itself. Queen Elizabeth was a powerful symbol of democracy and the British parliamentary system that has influenced so much of the world and brought democratic institutions to people everywhere. As someone above the “fray” of ugly partisan politics she also provided a higher level impartial filter on the issues of the day. She was history, democracy and the rule of law all wrapped up in one lovely lady and her Corgis.

What About Canada Though?

Where does this leave Canadians? If we are not careful it will leave us without an identity or history. In the current climate of radical leftist liberal progressive politics we run the risk of losing our connection to the past. The fact that we are a constitutional monarchy is part of that history. A lot of people are trying to erase that connection, and they have no right to do so. The historic facts are clear: The British won the struggle for supremacy in British North America at the battle of the Plains of Abraham, we became part of the British Empire, as the American colonists had been, and we inherited British customs, beliefs and practices as a result of it. We have a parliament and prime minister and we follow the Westminster model of democracy. Our laws are based on British Common Law. The examples are endless, but one thing is clear, the Queen symbolized it all, and she did it for Canadians as well.

Can We Be Patriotic Anymore?

One thing the Freedom Convoy and spontaneous demonstrations in support of freedom have shown us is that Canadians do care about their country. But the corresponding dark side is that it is now obvious that our elites and the current governments have tagged patriotic feeling and nationalism as “dangerous” and evidence of “far right fanaticism.” One thing my stay in England showed me was just how ridiculous this idea is, and how far we as a nation have gone down the rabbit hole of despising ourselves. All of the spontaneous patriotism I witnessed in England would now be very hard to duplicate in Canada. Liberal Progressivism has dampened all of it, and it is something we need to restore.

What we Need to Remember

In a larger sense what we need to remember is not just the Queen herself but the larger picture of what she represented and what the monarchy still represents. It isn’t really about monarchy versus republicanism. There are conservatives and social conservatives out there who want to see Canada become a republic. They are not bad people, but what they need to remember is that the democracy we enjoy in Canada is not based on a republican past, but on a constitutional monarchy and that it represents the best of both worlds, old and enduring traditions and a pathway to a better future.