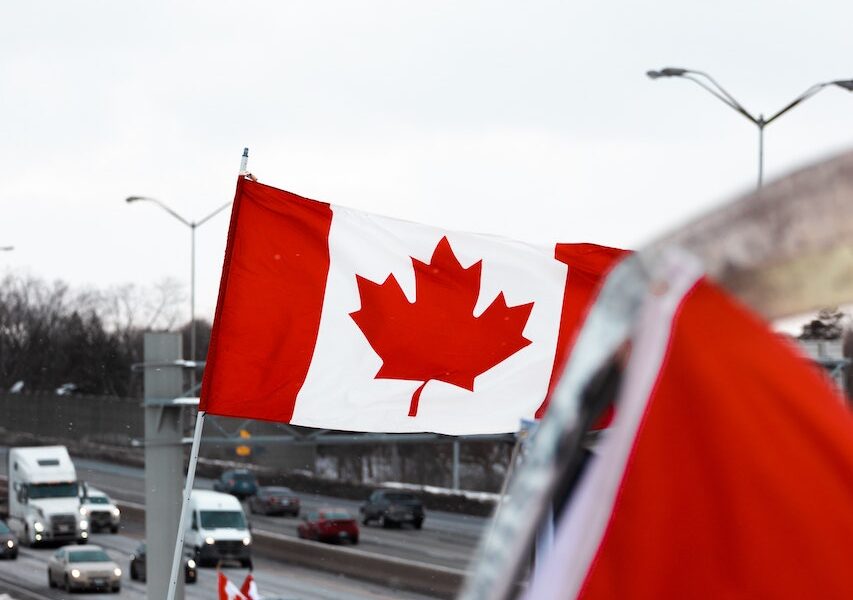 What the Trucker’s Convoy Means to Canadians

We are witnessing an unprecedented event in Canadian history, the Freedom Convoy in Ottawa. Another unprecedented event, however, has led to this one: 2 years of government mandates and lockdowns because of Covid. Most Canadians would agree that the virus is a threat to our health and wellbeing. But what we may truly be objecting to is the uneven application of health regulations across the nation. We have seen an unwarranted number of mandates being used across the country, resulting in the arrest of many people, even Christian pastors. We have seen the shutdown of small businesses and churches. The lockdown has resulted in extensive mental health issues and even in suicides. Our economy is faltering, and inflation has seen a huge increase.

The last straw for many, particularly truckers, was the federal government’s  mandate that all truckers should be vaccinated. A mere 18% had not already been vaccinated. Covid fatigue in the general population created a situation in which the Truckers Convoy acted as a lightning rod that attracted more and more Canadians who believed that the government had gone too far.

We have witnessed a huge phenomena, a truly unusual event in Canadian history. Thousands of Canadians have woken up from their lethargy and joined the convoy on its way to Ottawa. People wondered what the government’s response to the occupation of Parliament Hill would be. Would they be reasonable, sit down and talk with citizens? No. Instead the Prime Minister engaged them from a distance calling them Nazis, right wing extremists and bigots who were unlawfully engaging in an act of insurrection. This only inflamed the situation!

Meanwhile Trudeau declared that he had Covid and withdrew from Parliament Hill. He used this as an excuse to avoid the protestors. Instead of acting as he should have, he acted like a dictator intent on enforcing his will on the people, and while he did so the protestors continued their peaceful resistance to government control. Thousands of people gathered, and hundreds of trucks and other vehicles blockaded the Hill, and they showed remarkable restraint in the face of verbal and sometimes physical provocation.

In a last desperate attempt to make the protestors leave, Trudeau invoked the Emergency Measures Act which, if passed by Parliament, will give the government unprecedented powers to take away Canadian rights and freedoms. If it passes it will have grave consequences for our nation, and will only serve to inflame resistance to the government’s draconian treatment of its citizens.

There has been major public opposition to the EMA. Seven of ten premiers have publicly said it is not necessary. A constitutional challenge to the Act is imminent. In the meantime, provinces are lifting the vaccine mandates, and there have already been peaceful resolutions to the border blockades. Ontario premier Ford recently announced the dropping of his provincial mandate, saying “We have had enough.” And, as individual Canadians, many of us have been contacting our MPS imploring them to vote against the EMA at this crucial hour in our history.

When we look back several years from now, what will we see about this time in our history? Will we realize that we were at a crossroads? Will we be living in a total dictatorship where the government can control everything we do? Or will we have won back the freedoms we have under the Charter of Rights and Freedoms? We sing “God keep our land glorious and free.” I pray to God that will truly be the case.

All great points by Reed but worse yet is that a single mom can have her bank account frozen for the criminalization of a past generous act by donating to the Freedom convoy via the Christian Crowd funding site, GiveSendGo . IMO this can ONLY be called a fascist act. Our PM should get an Oscar for his role as a tin pot dictator of our now banana Republic. Xi and Claus Schwab will be proud of him. I have to concur strongly with this Prayer that Reed mentioned: “God keep out land glorious and free” and add this: https://www.biblegateway.com/passage/?search=Job+24%3A22-24&version=NIV… Read more »

Well said Hal. We live in a fascist dictatorship as long as Trudeau is at the head. May God remove him before things get any worse.

Yes! We must contact our MP’s. Well said, Mr. Elley, and thank you for your time serving our country as an MP and maintaining your pacifist conviction against war when the Prime Minister himself, the Right Honourable Stephen Harper, asked you to vote your conscience, against the Iraq War, and even asked that you get out into the House to explain your noble pacifist views. So he was not a dictator (a Liberal lie) after all! Only to have the Liberal and Trudeau Policy now actually be seen to all the planet as the home of both ‘soft’/creepy and actual… Read more »

Thanks Jeremy for those kind words. Corrupt and evil men and women will at some point have their true nature revealed to mankind. Evil does not win in the end. We Christians know the end of the story. We must just remain steadfast maintaining our adherence to the truth as we know it. God bless Canada!

Thanks for this timely article, Reed. There is so much going on these days and so much at stake! To me one of the truly shocking things is how surprised people are regarding Trudeau and the Liberal’s behaviour throughout their entire time in power! Firstly, Justin was raised by a French Revolution-loving, dictator wanna-be, Pierre (his dad)! That should have been our first clue! Then Justin himself made all kinds of remarks regarding his love for dictatorships, admiration for authoritarian governments, etc. even before he was elected the first time! He continued to show us who he really was through… Read more »

A great article Reed. It strikes a nice balance between commentary and passion. Indeed, how will we look back on these times? There are certain nexus points in history when much can be lost or much gained. We all feel the authoritarianism of Justin Trudeau and his government. It is beginning to feel, at times, as though this isn’t even Canada at all, and there can be no worse fate for a nation than to lose its fundamental freedoms under the guise of “safety and stability.” Let’s hope Canada does not go that way. As you say, “God keep our… Read more »

Hopefully, my “better late than never” comment will be helpful. A very good article Reed. In my mind this was another watershed issue in the country. People that I talk with have two very opposing views. Surprise, surprise. One group believes that the truckers were a rag tag bunch of right-wing anti-vaxers. Racist, unintelligent, troublemakers. This group did not seem able to read the signs on the front of the lead trucks, that clearly stated they were not focused on the vaccine, but FREEDOM. The second group would regard the truckers in a heroic way. They recognize that these man and women were standing up… Read more »