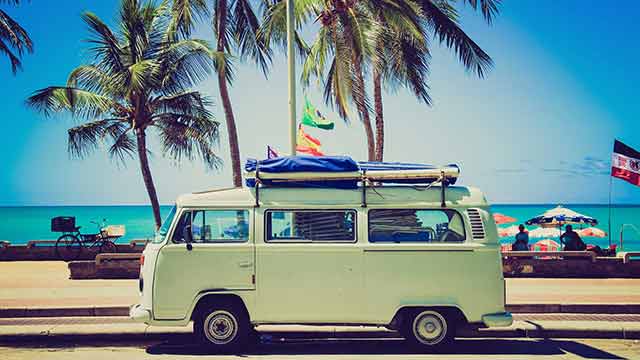 You are the Counter Culture

One of the peculiar realities of our time is that social conservatives are now the counter culture. This idea was first suggested by Patrick J. Buchanan, conservative author, one time presidential candidate and former T.V. personality who was fired from MSNBC because his views did not fit the left wing narrative. I had a hard time with this idea at first, but, as time went by, I became more accustomed to it. It’s an astounding thought.

Many of us remember the original 1960s counter culture and the events associated with it: the hippy movement, opposition to the Vietnam war, the sexual revolution, widespread drug use and civil disobedience. Students held sit ins, protested FOR free speech, and occupied university buildings, sometimes even holding administration officials hostage.

1968 was dubbed the “Year American Went Mad.” Inner cities burned, students protested on campuses, and the question of what it meant to be a human being in a free society was constantly being debated. In those days debate was welcomed, no matter  how raucous it got, because, unlike today, free speech was valued. The 60s counter culture revered freedom, and especially freedom of speech. It wanted to express its opposition to “establishment” values, and felt that the rights of the individual in doing so should be inviolate.

The same debates took place in Canada and western Europe. The essence of the left’s argument was that our traditional Judeo Christian society was oppressive. It needed to be replaced, they said, by a more open, multicultural, sexually liberated, pluralistic and relativistic society. Young people’s opinion of this varied, but great numbers of them joined the counter culture because they did not want to be perceived as “square” or in favour of the “establishment,” also often referred to as “the man.”

Fast Forward to a Bizarre World

Fast forward 50 years. Now, in a society where legislation forces us to accept ideas and practices that would have been thought of as insane in 1968, even by the left wing revolutionaries of the day, YOU are the radical if you are conservative. That’s right ! What a supreme irony ! If you believe in objective values, right and wrong, the traditional family, historic values, unfettered free speech,  or “heaven forbid!” traditional Christianity, you are a dangerous subversive.

Your beliefs are suspect. You may even be an unwitting practitioner of “hate speech” for which, of course, you could be punished by fines, or perhaps even jail time. Your retrograde beliefs about the physical reality of gender, the right to express yourself freely, the sacred right to hear other points of view, and your foolish ideas about democracy, small government and perhaps even a biblical perspective on life, make you a radical extremist.

No Doubt About It

There is no doubt about it. Your culture is the dangerous one, the “counter culture,” at odds with the wonderfully tolerant, “other respecting,” drug endorsing, inclusive and diverse “establishment.” The good news, though, is that you have made a choice you can be  proud of. You are the “good kind” of radical, and while we already know that you, as a social conservative, are unlikely to be violent in pursuit of your cause, you ought to be no less devoted to it than those who demonstrated and fought for their’s a half century ago.

Dust off your Bandana and Placard

You are a radical for what is good and true. So embrace the counter culture my friends, dust off your bandanas and placards and get ready to resist. Refuse to be crushed by the leftist establishment. Your time has come and your cause is just. Just remember to be, like social conservatives everywhere, defenders of what is real, and not what socially engineered establishment liberals imagine reality to be.