Previous postWhat Ails the C.B.C.?
What the Queen Meant to UsNext post 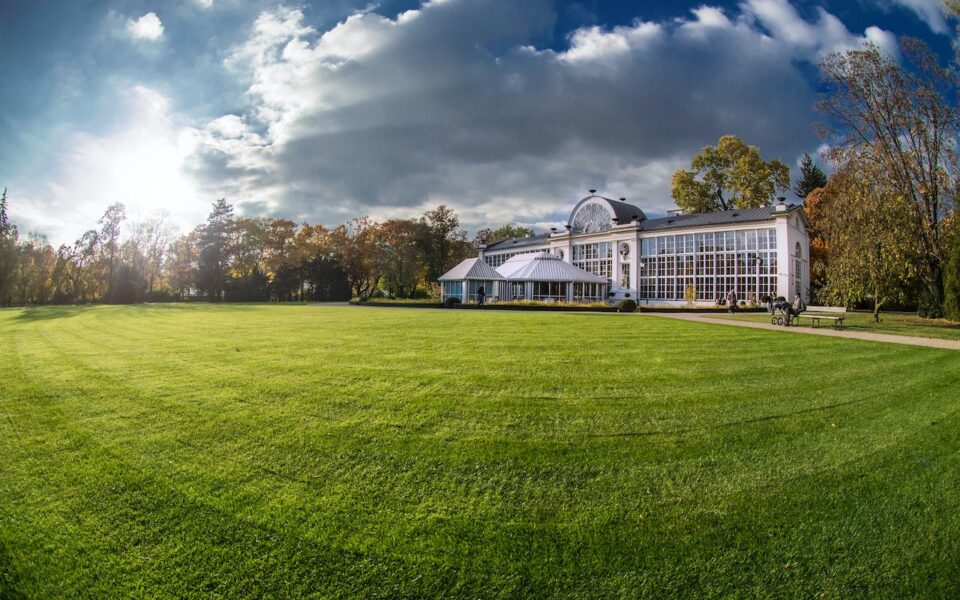 Your Lawn is Racist?

In September of 2020  professor John Douglas Belshaw  of Thompson River University in Kamloops B.C. stated that if you own a lawn you need to “de-colonize” it. No, we are not kidding, and we are not making this up. Professor Belshaw went on to ask “What is a lawn, but a statement of control?” and then said that it is a “…huge part of settler culture.” By “settler” of course he meant white and European. Perhaps professor Belshaw simply didn’t have the courage to say what he meant, but his message was clear. In one of my previous posts I described “Anti Colonialism.” In this one I would like to describe just how ridiculous it all is and how far it has gone.

All Part of a Process

The article in the Globe and Mail describing Belshaw’s ridiculous statement went on to quote him as saying that “ a backyard with a big lawn is like a classroom for colonialism and environmental hostility.” Apparently, we have entered a new zone in which ordinary objects are now deemed to be evil colonial influences. This is, of course, nonsense, but it is not entirely unpredictable. As I described in my former post, everything white and European is now on the proverbial chopping block in the name of “Anti  Colonialism.” The final goal is to eradicate European (read Western) culture and any status or significance people of European descent have. All this is part of a decades long process in the war on the western world.

Why Lawns for Heaven’s Sake?

Regardless of historical fact or truth, all symbols of European culture must be attacked and eradicated. That is what the left espouses in the now ugly culture war we are all being forced to endure. Lawns are part of it. Why lawns? A well kept verdant lawn, to the imbalanced and fanatical left wing liberal progressive, is yet another sign of European colonialism. When their colonies were established in other parts of the world Europeans brought the idea of lawns with them and planted them around the world. When the European powers left, those same lawns were often torn up by the newly established post colonial governments. They had never fully assimilated the idea of European concepts of vast expanses of grass as a thing of beauty. Truthfully, they could have chosen to vilify anything, from windbreakers to neckties, or from overcoats to fedoras. They just happened to chose lawns. But it all represented “colonialism” in the fevered minds of the so called “anti colonialists” and woke believers.

How are Lawns Racist?

Until recently, everyone understood what racism meant. It was an unreasonable and bigoted prejudice against someone based on their skin colour, and pretty much everyone believed that it was reprehensible. The radical left, however, changed all that. How ? They changed the definition, because it served them to do so. Now the definition of racism is connected to power. You can only be racist if you are part of the dominant group and oppressing or victimizing another group. No matter what racist statements are made against those of European ancestry those statements are not racist, because whites of European ancestry are supposedly dominant in North America. Lawns are part of that white dominant culture and they must go. Crazy right? But that’s how far this whole thing has gone. How can lawns possibly be racist? You would have to be inside the twisted mind of a left wind radical academic like John Douglas Belshaw to understand and believe it.

What is happening has nothing to do with racism but a lot to do with bigotry. I am talking about the bigotry against European western culture and whites as well as the increasing bigotry against Christians and Christian culture. Lawns can’t be racist, but extremist left wing progressives certainly can be horrifying bigots and pedantic bullies picking on traditional western culture in an attempt to destroy what is, ultimately, a beneficial and advanced culture. The fact that so many people, and, ironically, so many white liberals, themselves the descendants of so called “settlers” who gave them the great society they enjoy, have bought into this whole thing is not just strange, it is terrifying.

Join the Resistance: Water Your Lawn.

It is a sad testimony to the damage and absurdity of the “Woke” tyranny that has engulfed us that we are giving any credence at all to the idea that having a lawn is racist. We shouldn’t be giving that idea even the slightest legitimacy. So how can we fight back? The answer should be obvious. Every time they pull a stunt like this we should do the exact opposite. They don’t like lawns? Plant one. And if you already have, one water it and tend it so that it is the most luxurious verdant green anyone could imagine. In a weird way it is poking the Woke movement in the eye. I’ll bet you never thought that by having a nice lawn you would become a heroic resistance fighter, but apparently you are. Excuse me, I have to go now. It’s time to mow, trim and water my lawn.